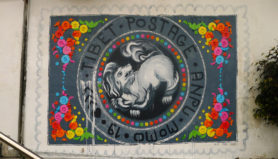 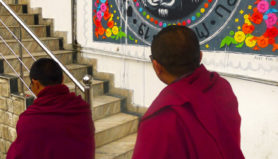 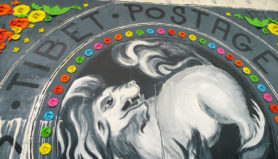 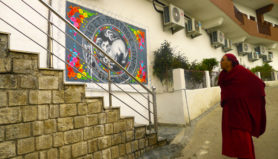 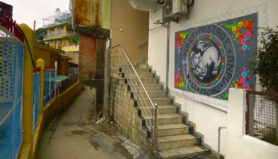 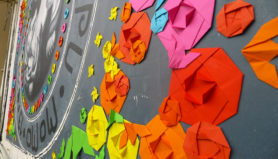 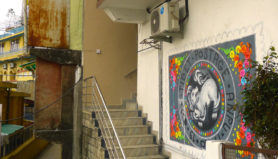 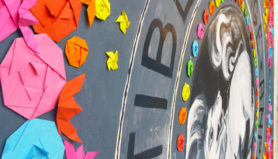 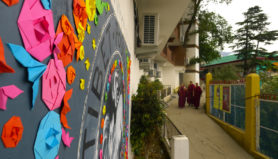 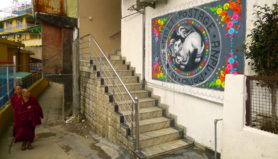 Collaboration with the talented painter Anpusan around a new interpretation of the Tibetan postage stamp that we discovered during our visit to the Tibetan Museum. In the center is the Khansingh (snow lion), a playful animal that is part of the Tibetan culture.

Work realized in Mac leod Ganj, a district of Dharamsala located at the foot of the Himalayas where the Dalai Lama, the Tibetan government and a large Tibetan population live in exile.
Let us briefly recall that for centuries Tibet and China had a relationship of mutual influence, before Beijing imposed colonial-type domination on the Tibetan population.

© Photo of the artist : Manu Pallman