This festival took place from August 13 to 15, 2016 in the streets of the historic center of Sisteron and the Plan d’eau on the banks of Durance.

This installation is a dialogue with the longitudinal building. Rainbow origamis follow the dynamics of the long building, while white origamis roam freely along the wall, and from top to bottom and seem to fly to the sky.
The white origami makes it possible to bring a “reflection” effect among the origami rainbow. They are also an introduction to the future origamis of metal that will be created later.

Thanks to the Juxtapoz team for their invitation and to Magali Feyrit from the Sisteron City Culture Department, for receiving us so well! 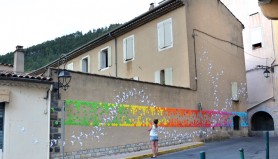 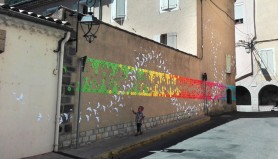 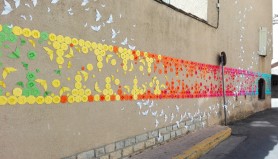 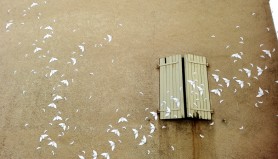 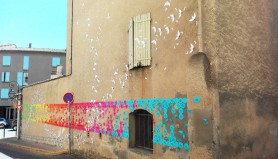 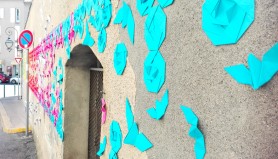 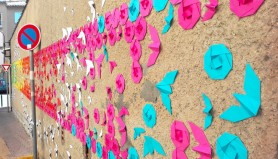 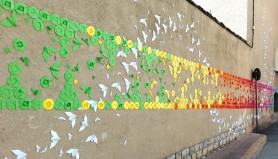 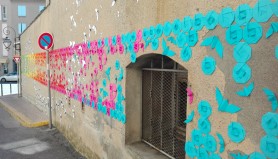 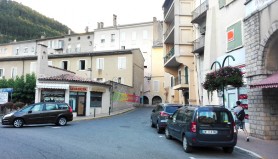