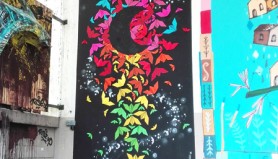 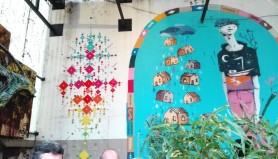 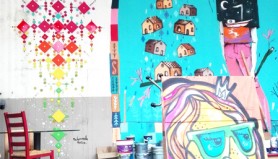 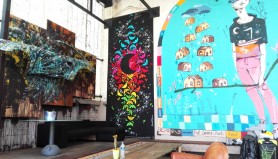 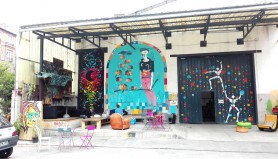 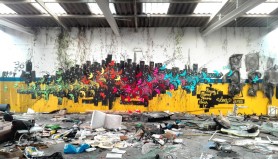 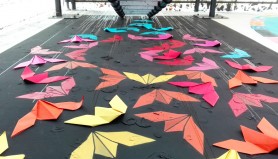 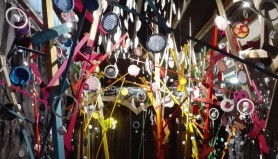 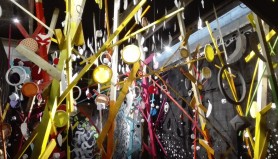 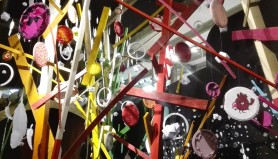 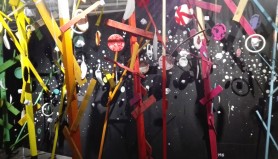 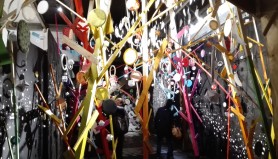 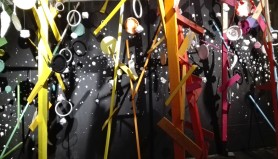 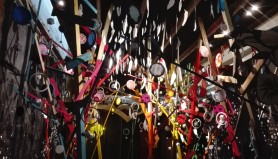 The imagination intervenes. That of artists, patented dreamers. Let’s not die this place loaded with iron, sweat, history and meaning without making him say his last word!
It still has in the belly, this shed.

From the spirit of Hadrian Bernard and Hanna Ouaziz emerges the vision of the Grand 8, a monumental structure, eventful, delirious, engaged, which would take place under the shed, heckling all codes. A sort of inspired tank, teeming with creative spirits, that would boil before the final extinction.
A reserve, collecting a lot of artists in the process of multiplication.

Installation made from recycled materials: all branches of trees and pieces of wood were saved from the dumpster, the fabrics forming the hanging disks were worked from old clothes damaged and collected for several years, and these discs were created from existing electrical ducts in the shed and cut by hand and jigsaw.

Many thanks to Hadrien, Hanna and all the volunteers!

PS: For the one who stole the Mougeon from the exhibition, it’s never too late to send it back to us by post anonymously :)