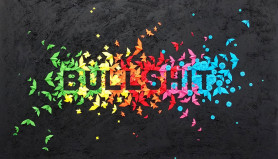 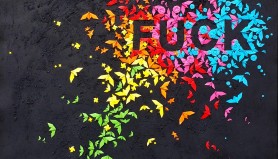 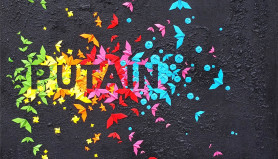 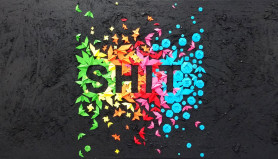 Why do these pieces all have dirty words?

Originally, the work of Mademoiselle Maurice was born of a rage against the nuclear, the individualistic society, mass consumption, etc.
His creation at first glance positive (paper origami, rainbow color) yet aims to challenge and contrast with violent words and hard.