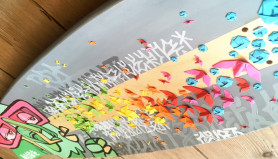 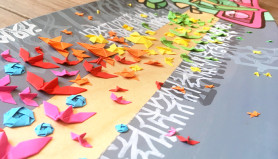 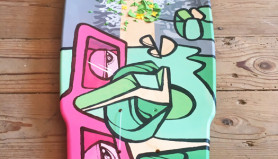 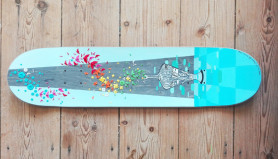 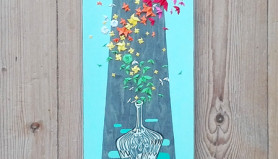 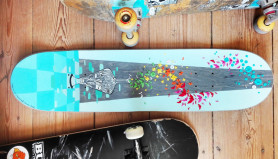 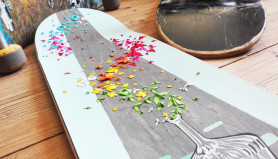 Both skate boards were made by Emès Crew (Duo Mademoiselle Maurice + Snez).

The first board, named “Dandelion” was created for the IMWAC exhibition.

Surprise with an unusual object in the spotlight, such is the project Paint on! of the IMWAC association. With the exhibition “Paint On! # 1”, IMWAC wishes to pay homage to the skateboard board of “cruiser” shape. The cruisers are transformed into true works of art in the hands of the artists.

The second (with blue tones) was created at a “Boards to Be Solidaires” auction . 70 artists were given a blank skateboard to customize.

The sale was organized by Secours Populaire Ile-de-France and EZKstreetart, and directed by ARTCURIAL, at Agnès B.

The artist warmly thanks the organizers of these two events!