Wall realized as EMES crew* (with artist Snez), on the occasion of the release of Opus Delit 69.
69 artists have been asked to create works on the theme of sensuality and love.
*Emes crew: born in 2016, formed by the duo of artists Mademoiselle Maurice and Snez (LF): mixing painting and paper, graffiti and rainbow, recycling and woodworking.

We worked on this work by mixing painting and origami and symbolizing love, fusion and the sexual act.

At the center of the work, hides a meander with carnal forms, showing male and female gender. The more than subjective work is also composed of white clouds made on several levels, and especially at ground level. They symbolize orgasm and more figuratively, “spermic” spurts. 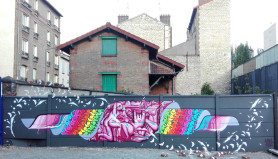 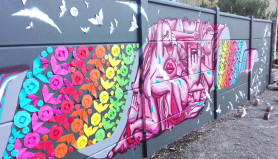 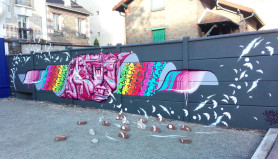 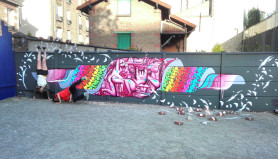 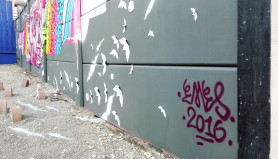 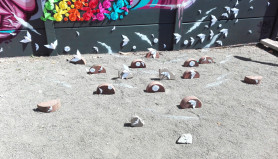