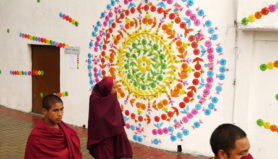 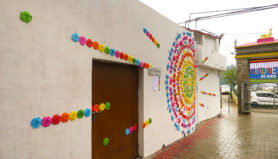 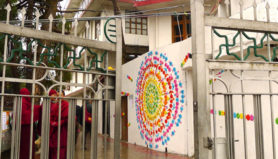 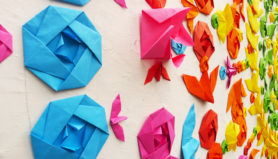 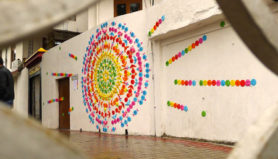 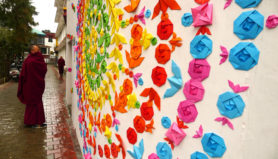 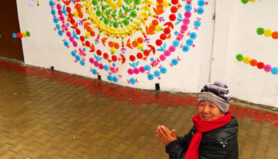 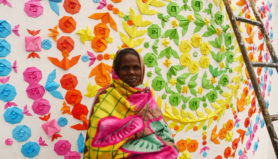 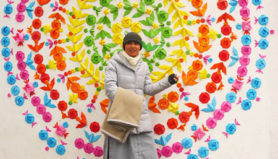 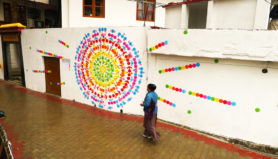 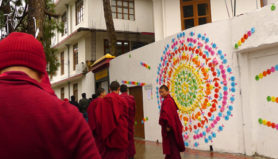 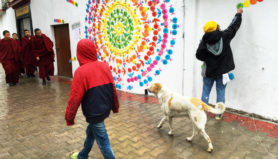 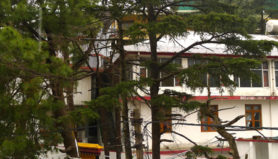 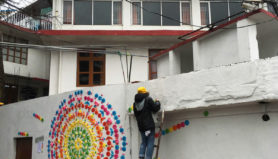 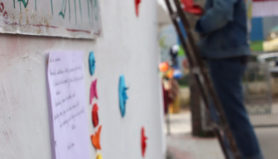 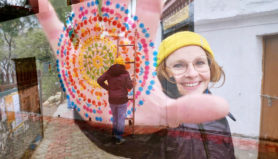 Creation of a mandala on the entrance of a temple in Mac Leod Ganj in India, inspired by the golden wheel (which is a symbol of Tibetan Buddhism on the top of the Jokhang Temple in Lhasa) and the Tibetan flag.
Mac leod Ganj is a district of Dharamsala (located in front of the Himalayas), where the Dalai Lama, the Tibetan government and a large Tibetan population live in exile.
Let us briefly recall that for centuries Tibet and China had a relationship of mutual influence, before Beijing imposed colonial-type domination on the Tibetan population.

© Photo of the artist: Manu Pallman